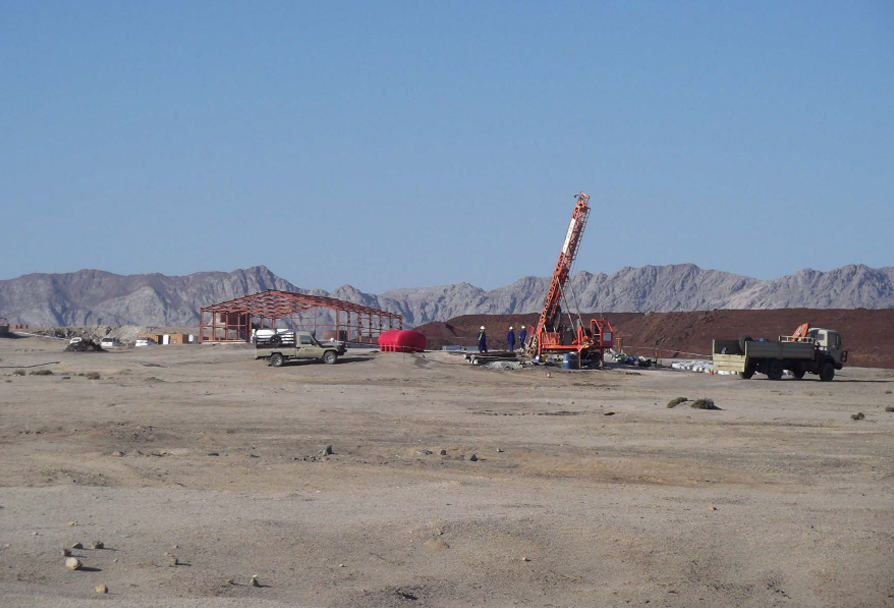 The North River Resources 90% stake of the Namib Lead and Zinc Project (NLZM), was sold to the Castlelake Group during June 2021. The operation of NLZM is centered on the underground Namib Lead Mine which was previously operational from 1968 to 1991.

The project has a current JORC resource of 1,120,000 tonnes, with a resulting underground in-situ metal inventory of:

The NLZM is located 30km from the town of Swakopmund.

Three orebody zones were mined previously, namely South, Junction, and North. The bulk of production was from the South and Junction ore bodies which were developed to 7.5 and 7 Level respectively (each Level being approximately 30m). The North ore body was developed to 2 Levels.

Additional occurrences of mineralization are known at the N20 prospect and numerous other surface gossan occurrences within the project area.

The Namib Lead & Zinc team obtained and reviewed legacy information relating to the operations of the mine from 1968 to 1991. This includes diamond drill data that was conducted during that period and before operations commencing in 1969. The information was obtained by the discovery of archival reports and plans from several different sources in Namibia, as well as interviews with individuals associated with the mine.

Historically, the mine produced approximately 700,000 tonnes of ore (calculated from the company's 3D models of the mine voids), producing over 100,000 tonnes of lead and zinc concentrate, and over 1,000,000 ounces of silver. After net smelter returns, this would have yielded revenues in excess of US$100 million at current commodity prices.

The Company has access to borehole logs and assay data relating to surface diamond drilling programs conducted at Namib in 1956 and 1966, which demonstrate the potential for several intercepts up to 100 meters below the lowest levels of the historic mine workings, as well as some high-grade intercepts at the Northern ore bodies.

The lead-zinc mineralization at NLZM and related prospects are thought to have been a primary stratabound sulphide deposit which has subsequently been metamorphosed and deformed. The intense metamorphism and deformation of the area have remobilized and re-deposited the primary sulphide mineralization in structural traps which are however still largely stratabound.

The mine is free of water and a total of 600 meters of channel sampling of key exposures has been completed. This is predominantly in the lowest parts of the mine in the Junction and South sections and on-strike extensions to the mineralization at higher levels of the mine.

Since the completion of the Feasibility Study in late 2014, NLZM undertook several optimization studies to improve project economics and reduce associated development risks. These included several programs of metallurgical test work and in diamond drilling to collect fresh ore samples for testing and better understand orebody variability and reduce the risks in the initial mining period. New Mineral Resource and Ore Reserve Statements were made by the respective consultants. NRR produced an updated mine development plan as an update to the previous Feasibility Study in Sept 2017.

The Mining license was eventually obtained in 2017 and the construction project was started in 2018. The Plant was completed in March 2019 and first concentrate produced in May 2019. After ramp up to March 2020 the mine was put under care & maintenance.